Last weekend I made a trip to the West Coast of Great Britain to dispatch the first batch of bottles into the Irish Sea. As you may know, I made a good bunch of bottles over the last weeks and months, and it was time to get them wet. I also met with people in Nottingham to make bottles, and two German writers of messages in bottles sent me messages of their own. – So a very good reason to take the family on a short trip.

On August 1st we stopped in Chester on the way. Chester is one of the really old cities in England, going back to the Roman fort “castrum deva victrix” 79 AD. It is built on the banks of the river Dee. Around Chester it takes some tight turns, and then runs pretty much straight into its estuary. The river is subject to the tides there, and I made sure to drop my bottles in at fairly high tide, but after the highest rise. 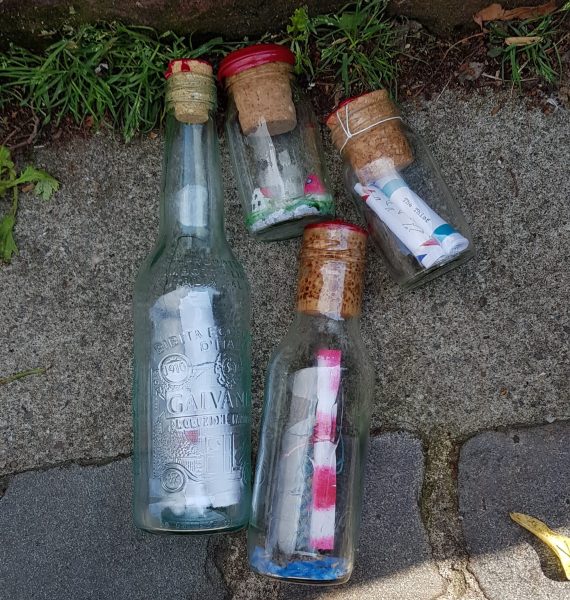 The next decision to take was, which bottles to throw in. The photo above shows my choice:

The first bottle to hit the waters was one of mine: A Gaivani bottle with a letter written during the workshop, and one of my very short stories inside.

First bottle about to be thrown in.

The twins were more than happy to help with the dispatch.

The second bottle to go in, was also one of mine, the oldest of all of them, one of the first with paper mache houses: 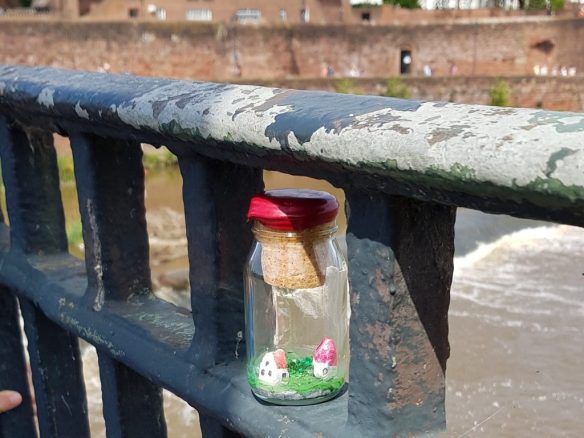 one last look on the second chester bottle

Then it was my daughter’s turn. Next she dropped in one of the bottles made on the workshop by one of the participants. She was so excited, it was hard to get a last photo before it dropped in: 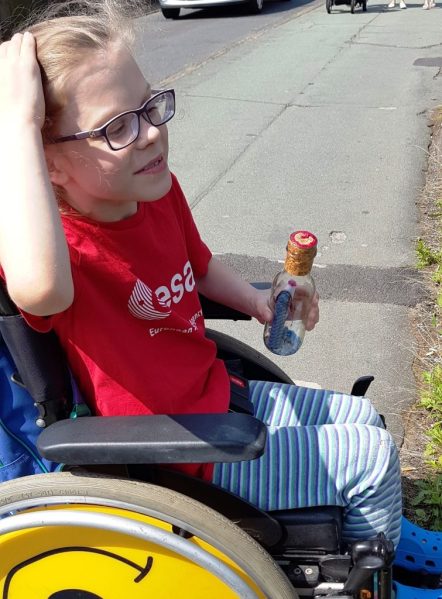 And last but not least, she put in another bottle for me, one that also has one of my stories (a different one) inside: 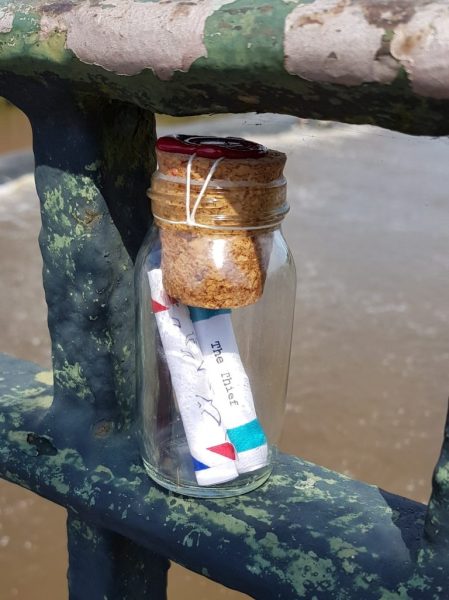 We saw all of them float downstream, and of course we wish all four of them a safe travel and happy finders!

In total I put 13 bottles into or close to the Irish Sea, these were just the first four. I’ll show you more in the next blogpost.