My son on a beach near Palma de Mallorca in 2018

In the past couple of days or weeks, this blog gained a number of followers. I have no idea whether this is just a coincidence, or whether maybe it was featured somewhere. In any case, I would like to welcome the new readers!

Just recently, for Easter, we spent some time on Mallorca. Unfortunately, I forgot to take bottles with me. I still had three in my studio, waiting for a dispatch, and I did think of taking them. But in the general hustle of packing for four people, and organising the whole trip, I completely forgot. It was only when we came to a rest on the beach, that my thoughts went back to them. In German we say (word by word translation): I could have bitten my own arse. I felt like I seriously cheated myself here: I don’t have a bottle in the Mediterranean yet, and would have loved to drop on in. Ah well, maybe it’s not my last chance to bring a bottle to there. 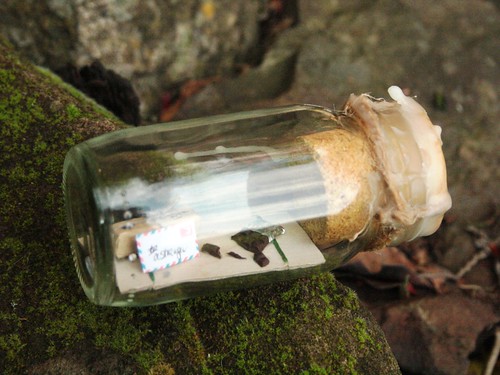 The feeling of having missed out at least kicked my bottle-making back into gear, and once I returned to my studio, I started to think and eventually make a couple: I started out with bottle No. 96, essentially using up material I still had in my miniatures box.

The real challenge was bottle No. 97: I still had some “tiled” background which I originally made for the model that goes with my artist book “346. A Journey While Staying As Still As Possible”. I wanted to use it to make a room, I briefly pondered making a toilet, but it was clear pretty much from the start that it would be a shower. 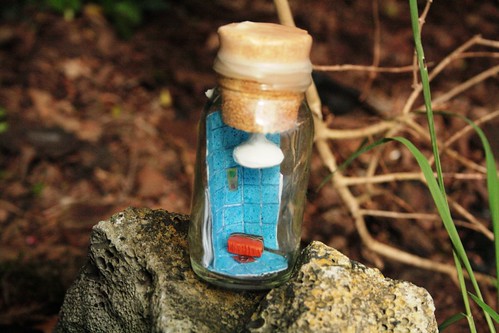 Now the first thing it needed was a drain. I tried putting on silver paint, cutting a grate from silver foiled cardstock. I realised nothing but metal really looks convincingly like metal. The moment this thought came to my head, a light went on, and I knew how I would do it.

trying out different drains for bottle no. 97

I am pretty proud of the result. 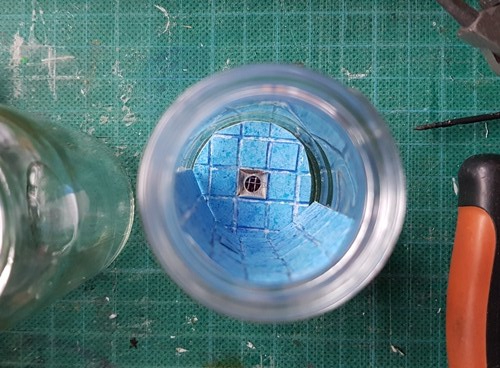 Next up was making up the story that would go with it. All my small world bottles have a book in them that is written like a journal entry of someone who realises that he/she is surrounded by glass walls and needs to smash them. Then I wrote the story on paper, bound it between leather – and then realised that the resulting book was nice but too big for the shower to look convincing. 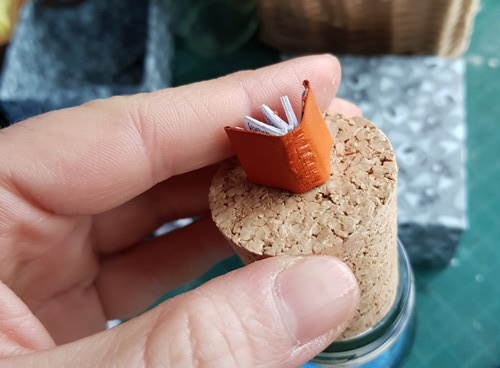 And so I made another one for the shower. Later I decided to add the first book to bottle No. 98. All done! 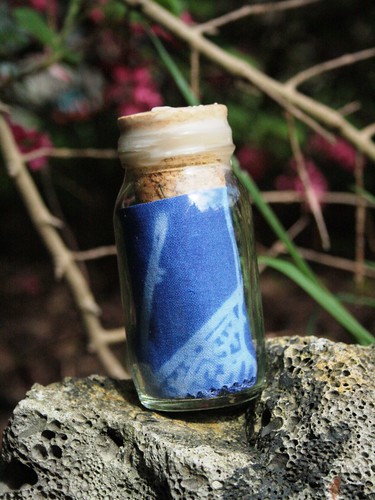 Message in a Bottle Bo. 98 “Streets of Nottingham”

Now I couldn’t stop with No. 98, could I? And so I made another shower, using a rectangular shower cabin this time, and adding an older, mini book that I already made years ago. 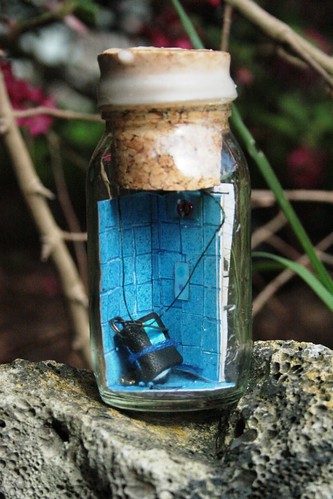 On the weekend May 12+13 I will be holding an open studio event here in Nottingham. You are very welcome to stop by and see the bottles in person!